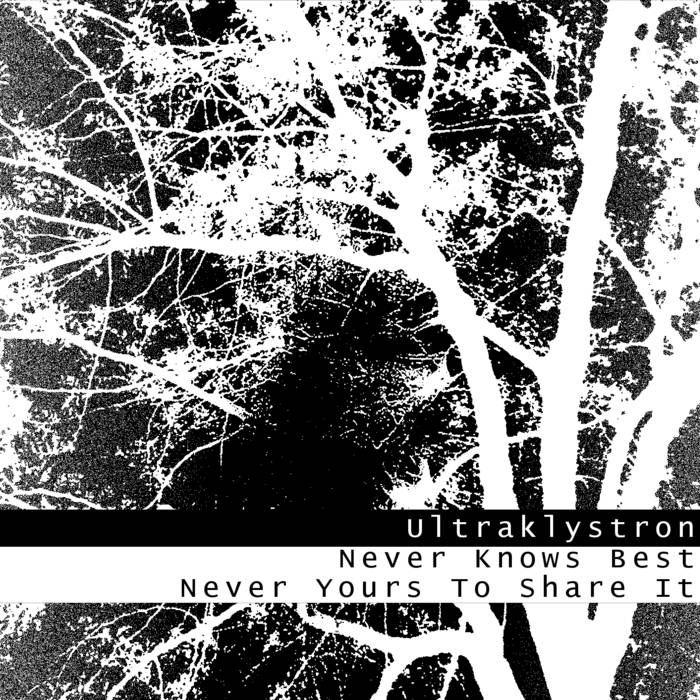 This LP, or rather as I've ultimately have decided to release it, this double LP was what Haven distracted from. The album was very heavily influenced by the anime and manga I was watching at the time, and thus it also has a slew of anime references in both the album title and the song titles. I've tried in the years after I wrote it to tweak and/or remaster the album on at least a couple occasions, but I have decided to leave it be. This is basically what I was capable of circa 2002-2003. It's also a release that if nothing else holds a weird level of personal meaning for me because I over-thought it so much. I so desperately wanted to make something amazing, that I couldn't let it go until I decided to just shoot from the hip with Haven, a release that even before remastering has better mixing and composition in my view.

Anyway the first part, Never Knows Best, is pure Drum n' Bass and Glitch. Every last song on it is very intentional and has a place in the line up, a concept I became really into after writing such a focused album with Are We There Yet?. It's not unlike a soundtrack for a film, or at least that's the mindset I approached it with. The musical influences are largely from more symphonic Drum n' Bass artists, though the use of growling, aggressive synths is definitely a purposeful Tech Step touch. The glitch pieces manage to break up the flow a little, but they are meant to have a certain place in the over all arc and emotion of the album as well.

The second part, Never Yours To Share It, is definitely sort of B-material. Some it is stuff that I originally wanted to weave into Never Knows Best but that just didn't hold up to the rest of the disc, and some it is just stuff I happened to make during a bout of inspiration that really didn't fit in with the main disc, but is still quite good. It does show off a lot of my range - I try everything from Eurobeat to Breakbeat Techno to my usual Drum n' Bass antics, and it all works out pretty solidly. For a while I didn't like this pair of discs, but enough time has passed that I can listen to it with fresh ears and say that all things considered, it's a pretty solid double LP, and rather well sequenced at that.

I released the lo-fi mp3s of it back in 2007 when various file-sharing sites were the only release options, and those devoted enough to buy my complete USB in the past decade have gotten better quality files, which are the same I now provide here.