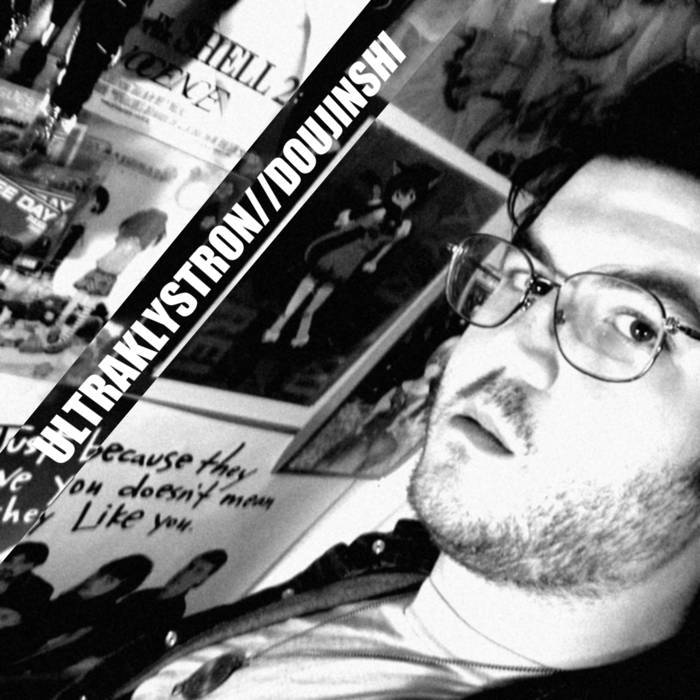 Now In Lossless Form For The First Time.

Original Album Notes:
this album was already on the Complete Karl Olson USB Drive. I'm also pretty sure clips were used in Toon Zone Podcasts as interstitial music. Still, most of you haven't heard any of this, or atleast the majority of it.

Now, this hasn't been over-listened too my me either, nor has it been repeatedly mixed-down, remastered and recomposed. Doujinshi is probably the rawest material I've put out since I first put music on the internet in 1998. 10 years ago. Not that this was intended as a “10-years-of-Karl-Olson-ruining-the-internet-with-wack-music” anniversary release, but I guess it works. It's got a few canned loops just like my early, early stuff, it's much more House, Big Beat and Minimal Techno heavy than I have been in a long time, and it's much less filtered; there aren't 50 tracks being condensed to the best 13 here, just 13 tracks I think are good enough to release.

As far inspirations, naming choice, well, some of the album had originally been part of a crazy scheme to make a CD to go along with a doujinshi (fan comic) some friends of mine were cooking up, but it ultimately didn't come together. Anyways, the name stuck, and I guess in someways this release embodies that spirit doujin has of being a very independent take on something you're a fan of. This is my very independent take on Electronic music, made with absolutely no consideration to anything other my own tastes. It has weird pairings and combinations, with a lot of crossovers that would never happen normally. It borders on incohesive except that I wrote good piece of it in the span of about 4 days, tightening the over all feel, yet resulting in some even rougher sonic edges.

Anyways, I hope you all enjoy it, and if you've bought the complete collection, you get to append it in a big way for the first time. Granted, you guys already got half of the tracks on this release. Not so unfinished any more, is it?